Recently, amid warnings of floods and impending floods, Dick “The Griz” Grzywinski backed his john boat toward this very flush river near Red Wing, Minn. The launch ramp itself was invisible, swamped. “I’ve never seen the river this high,” Griz said. Then he dumped his boat into the Mississippi, essentially launching it from a parking lot.

This would be the second day in a row Griz was on the big river. Near Red Wing, Minn., he and a friend boated 83 walleyes and sauger. The biggest walleye weighed a hefty 4½ pounds, the largest sauger was a pound more. The latter was a relative monster: The Minnesota sauger record is 6.275 pounds. 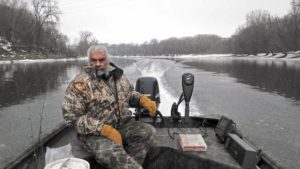 “There’s a lot of water in the river right now, and a lot of current,” Griz said as he angled his boat into midstream. “But the fish are biting.”

The river bore no obvious boundaries. Trees that once grew from high ground were wrapped in waves of current. Docks floated helter-skelter with both ends in deep water. And river shacks stood meekly, as if fearing inundation, water rising all around them, seemingly by the minute.

Griz took all of this in: the gauzy clouds that framed a sun that shone brightly in a cobalt sky; the temperature that was headed toward the middle 60s; the slight wind from the southwest.

Then he gunned his outboard, and said, “Better’n sittin’ at home.”

Which it was, and by the time Griz settled his big john along a juncture of current seams, anything we would catch seemed almost a bonus. Geese were in the air, honking. Pairs of wood ducks darted among flooded timber. Bald eagles perched on bare tree limbs. And in the backwaters swam buffleheads, bluebills, mallards and the odd canvasback and redhead; ducks each. 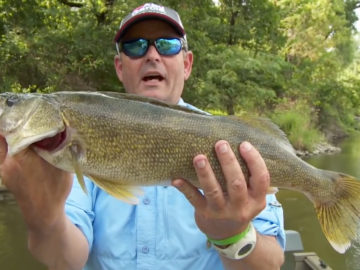 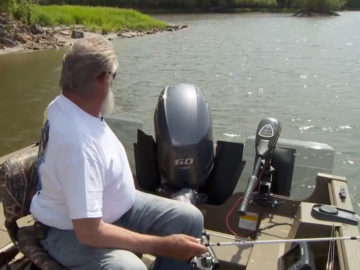 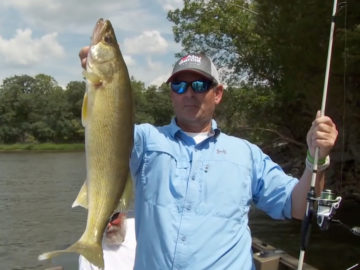 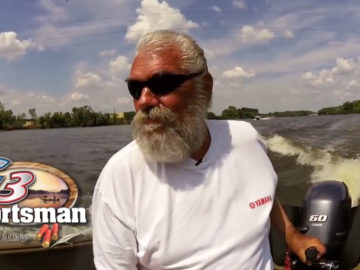 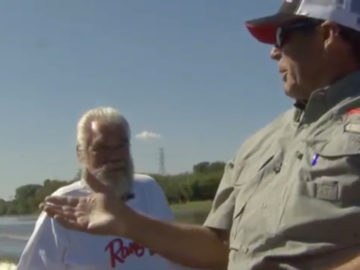 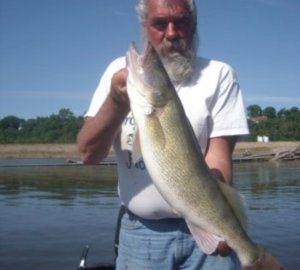 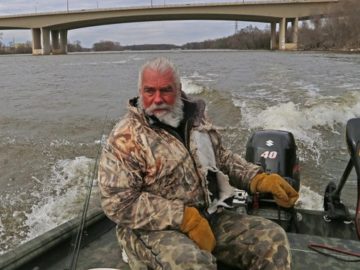